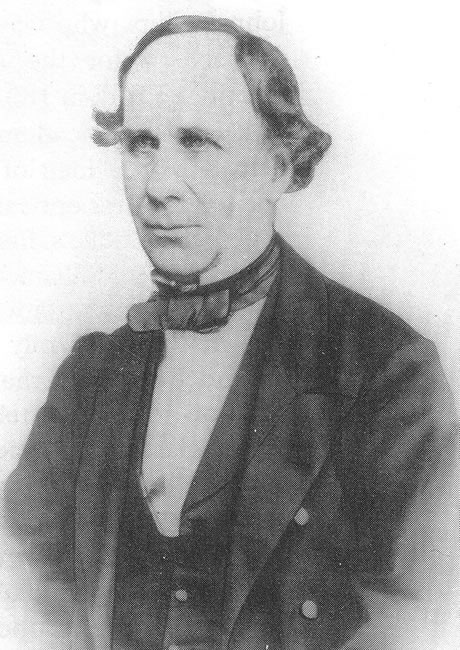 Thomas Cook was a deeply religious man. He became a Baptist minister at the age of 20 and was a committed member of the Temperance movement. He was quick to recognise that the fight against alcoholism could not be won by preaching, but by providing alternative leisure activities. The Temperance movement offered the working classes opportunities for recreation such as public libraries, concerts, visits to museums and day trips.

Cook was a firm believer in the uplifting moral and spiritual effects of technological progress on humanity, and of the railways in particular. “The great and glorious triumphs of science have revealed a scope and power beyond the wildest dreams of any human beings before us anywhere in the world. Men everywhere seem imbued with a new spirit and new hope. But of all the marvels our time has produced, none can equal the effect of the railways and locomotion on human thoughts and conduct. The opening of a railway line in a wild and ignorant region is a portent of its forthcoming moral and intellectual elevation. Age-old prejudices born of ignorance will be swept away by the thundering carriages, and the piercing whistle of the engine will awaken the masses from the sleep of centuries.” (Tissot, p. 148, 2000)

On 5 July 1841 Cook organised a trip from Leicester to Loughborough in cooperation with the Midland Counties Society. Around 500 people took part in the excursion, each paying the price of one shilling. A Temperance Society orchestra accompanied them on their trip. Once the party arrived at their destination, Cook provided amusements including games, dances and singing.

By 1845, Cook had become an established agent for domestic travel and was expanding his business. Six million people visited the World Exhibition in London in 1851 – and 165,000 of them booked their trip with Thomas Cook. That same year, he published his first travel guide. The book became known as Cook’s Excursionist, and by 1900 it had been printed 120,000 times. In the Excursionist, Cook expounds not only on the marvels of technological progress but also on the benefits of travel on the mind:

“Travel provides food for the mind; it contributes to the strength and enjoyment of the intellect; it helps to pull men out of the mire and pollution of old corrupt customs; it promotes a feeling of universal brotherhood; it accelerates the march of peace and virtue and love – it also contributes to the health of the body by a relaxation from the toil and the invigoration of the physical powers.”
Cook’s Excursionist, June 1854

In 1855, Cook organised his first excursion to the European mainland. He supplied his clients with passports and visas, determined the travel route, selected the sights, booked the hotels and tour guides, and took care of currency exchange. He thereby made the whole idea of travelling abroad a lot easier, pioneering concepts like round-trip tickets, charter trips, travel coupon systems, travel catalogues and package tours. By negotiating group discounts from transportation companies, Cook became a pioneer of mass tourism.

In 1863, his flourishing business suffered a severe setback. Scottish railway companies cancelled their contracts with him, wishing to try the excursion business for themselves. Cook decided that the snowy peaks of Switzerland would replace his Scottish tour. However, Cook had no idea what such a trip would entail. Swiss roads were still very rough and the railway connections limited. He therefore advertised the excursion as a “preliminary tour”: “Everything will depend on the circumstances […], which I am not yet able to predict.” (Tissot 2000, p. 153)

The excursion to Switzerland was a great success. By the end of 1863, a total of 500 British tourists had visited the Swiss Alps.