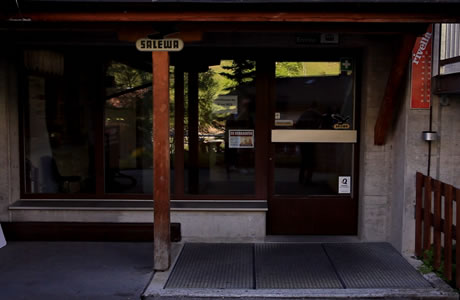 Starting point of the tour in Kandersteg-Sunnbüel: Valley station of the cable car "Sunnbüel"

After a strenuous day’s walk from Leukerbad to Kandersteg Sunnbüel, Miss Jemima can rest and recuperate at Hotel Bären. Here, for the first time in her life, she hears the sound of an alphorn.

The descent from the Gemmi is tiring, but Miss Jemima delights in the surrounding nature and spectacular views of the Gastern Valley. In the 1860s tourism was already an established industry in Switzerland, with the sale of wood carvings – a craft that Brienz in particular was famous for – dried flowers, crystals and fruits providing a welcome source of additional income for the local population. As Miss Jemima makes her way, a man begins to play the alphorn. With the emerging popularity of Swiss folklore in the 1800s, the alphorn became a national symbol. In early modern times urban populations had actually frowned upon this instrument, as in the winter Alpine herdsmen used to travel through towns playing the horn and begging for alms.