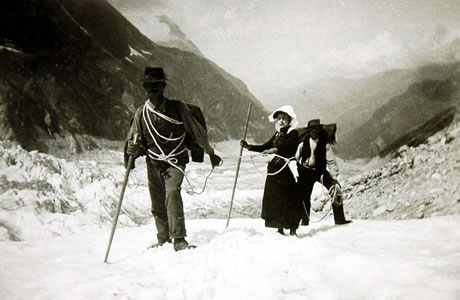 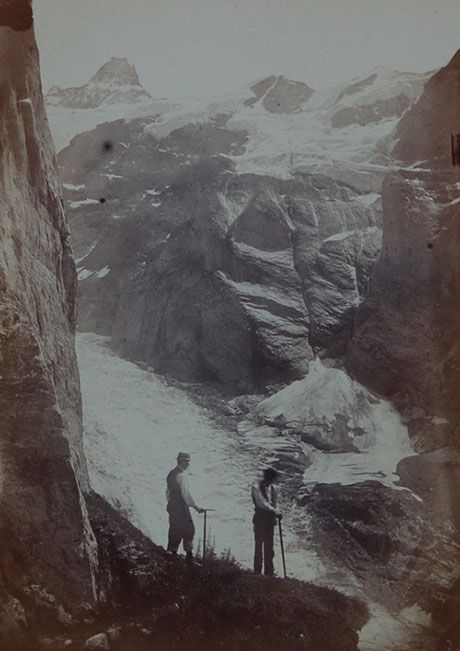 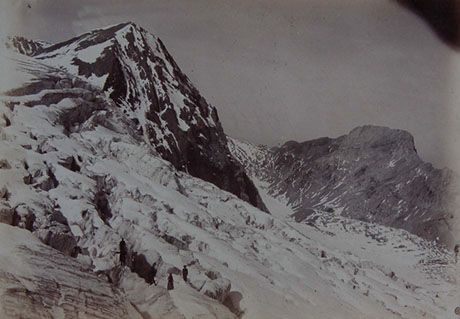 On 26 June 1863, 150 tourists set off for Paris from London. Of those 150 people, 62 travel onwards to take part in Thomas Cook’s “first conducted tour of Switzerland”, including 31-year-old Jemima Morrell. The tour begins in Geneva, goes through the canton of Valais, then over the Gemmi Pass into the Bernese Oberland, and onwards via the Brünig to Lucerne and Neuchâtel. It takes three weeks in total. The adventurous Brits travel by train, carriage and steamboat, by foot and on mule. They journey for a long time each day, often for more than twelve hours.

A dialogue between eras
The historical facts of this journey have been adapted into the drama “Rendez-vous with a Lady”, a time-travel video guide for tourists. The drama centres around the actual historical figure of Jemima Morrell and her fictitious contemporary Kaspar Brunner, an historian. The dialogue between the two protagonists takes today’s tourists on a journey back more than century to experience the Switzerland of 1863 and the beginnings of organised group tourism, through the perspective of an adventurous Victorian with a real lust for life. Thirty-one-year-old Jemima Morrell was part of the new British middle classes that formed during the Industrial Revolution. The feisty Englishwoman accompanied Thomas Cook on his tour of Switzerland in 1863, meticulously documenting her journey. British tourism pioneer Thomas Cook also makes a cameo appearance. Cook was a deeply religious man, and the leisure activities that he organised were originally primarily aimed at combatting alcoholism among the English working classes.