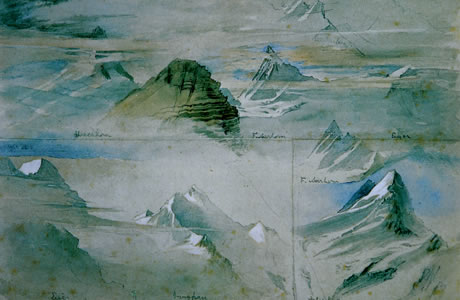 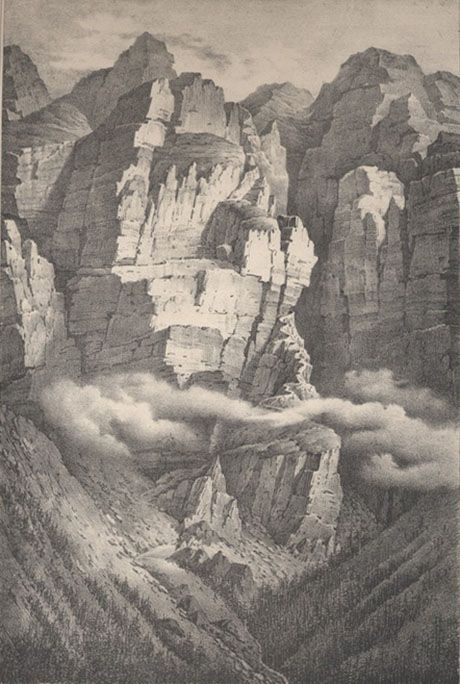 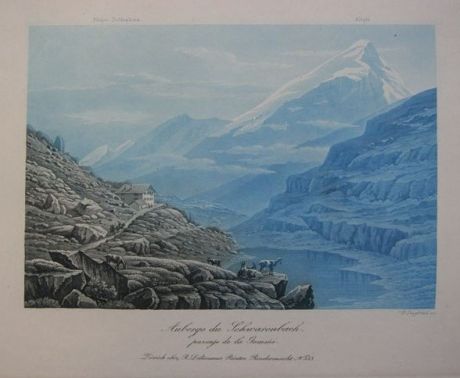 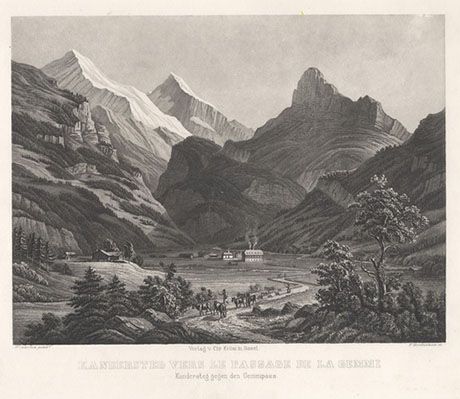 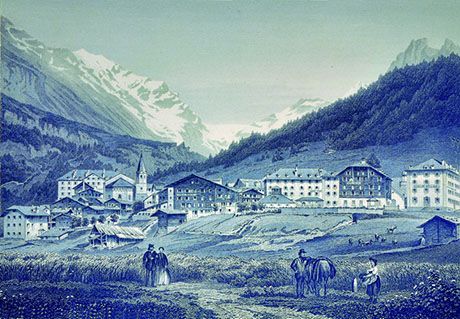 The aestheticisation of the Alps

In the course of the Enlightenment and the first scientific investigations into the mountain landscape (Johann Jakob Scheuchzer, Horace Bénédite de Saussure), the Alps soon became the object of aesthetic admiration.

Spectacular mountain sunsets, described by Haller, Rousseau and Goethe, are typical for the new, Romantic perception of the landscape and are extolled in 19th-century guidebooks as a unique, must-see natural phenomenon. William Turner, perhaps the greatest painter of the Swiss Alps, was the first to try and capture these sunsets in his paintings.

Romanticism and the appetite for excess

Kant’s Observations on the Feeling of the Beautiful and the Sublime “… call that sublime which is absolutely great [...] the sublime is that in comparison with which everything else is small.”

The Romantic imagination and its appetite for excess found a perfect playground in the Alps. In 1816, the British Romantic poet Shelley composed his famous Ode to Mont Blanc and wrote in one of his letters: “I never knew – I never imagined – what mountains were before. The immensity of these aerial summits excited, when they suddenly burst upon the sight, a sentiment of ecstatic wonder, not unallied to madness.”

For the artists of the Romantic period, mountain summits were special places where tortured souls could find the freedom they sought from the constrictions of urban society Mountain heights now stood for escape, solitariness and spiritual and artistic inspiration.

John Ruskin wrote: “They (the mountains) seem to have been built for the human race as at once their schools and cathedrals full of treasures of illuminated manuscripts for the scholar, kindly and simple lessons to the worker, glorious in holiness for the worshipper.”

John Murray, author of one of the most popular guidebooks of the period: the Handbook for Travellers in Switzerland and the Alps, described a night in the Alps as one showered with countless stars: “a new heaven and a new earth.”