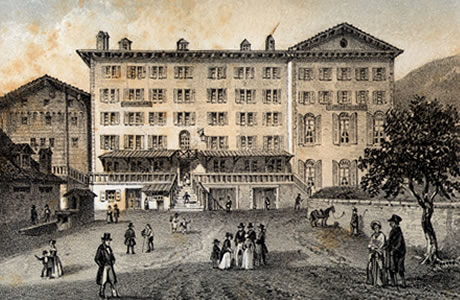 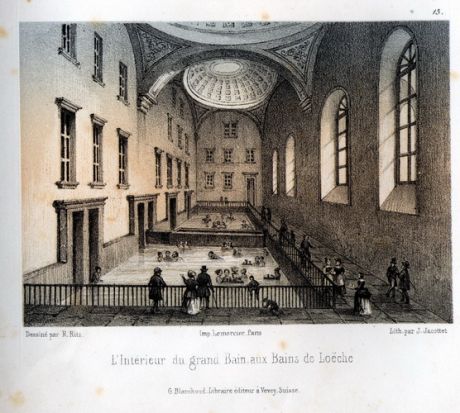 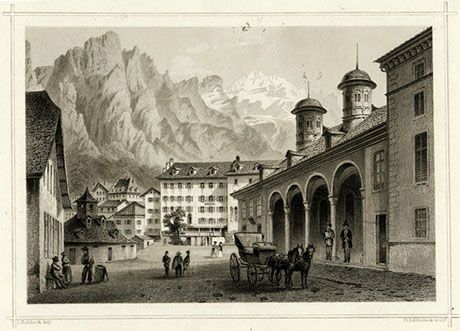 The history of travel

Religious pilgrimages and visits to spas for health reasons are the oldest forms of tourism. In the 18th century, the British invented the “grand tour”, educational trips across Europe undertaken by young noblemen. They generally chose a route through the Valais to Italy

The doctrine of the sublime pushed 18th-century tourism into a new direction. Instead of visiting the sites of classical antiquity, travellers now wanted to see mountains, glaciers and volcanoes. In Chamonix, the task of guiding tourists wishing to view Mont Blanc developed into a new profession. In the 18th century, however, most tourists were still content to admire the mountains from down in the valley.

Geologists like Horace Bénédicte de Saussure, who wanted to grasp the “basic structure of these great mountains” were among the first real mountaineers. Geology was to remain a primary motivating force for mountaineering until well into the 20th century. Around 1800, scores of individual travellers visited Chamonix. Geologists, mineralogists and many amateurs flocked to see these sights that were so utterly foreign to them, and many travellers – even women – willingly endured the many difficulties the journey entailed.

From 1830, the kind of tourists visiting the Alps changed. This exhilarating landscape that had previously been the preserve of the nobility, the upper-class elite, artists and writers was now being discovered by much broader sections of the population.

The British in particular developed a great enthusiasm for mountaineering, which made Switzerland an even more popular destination. In 1857, the London Alpine Club was founded, to which Jemima Morrell’s Junior Alpine Club was affiliated. The first president of the club was Sir Leslie Stephen, the father of Virginia Woolfe. He described his ascent of mountains in the Valais and the Bernese Oberland in a book called Switzerland, the Playground of Europe. Published in 1871, it soon became a mountaineering classic. Stephen was also the first to criticise and deride the kind of mass tourism pioneered by Mr Cook: “There are persons who ‘do’ the alps, who look upon the lake of Lucerne as one more task ticked off from their memorandum book.”